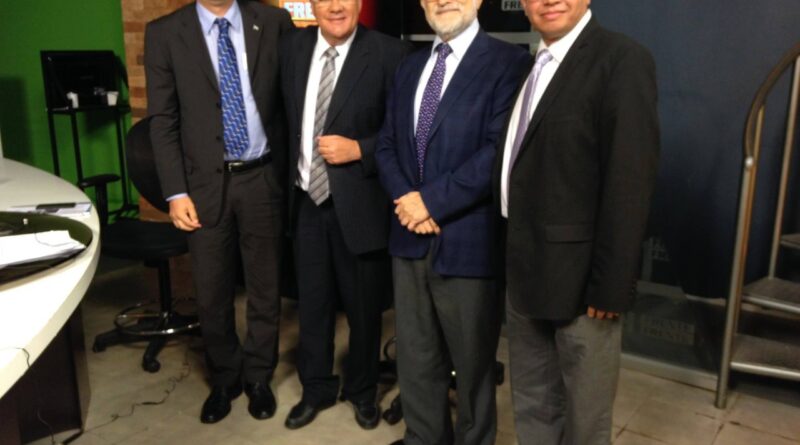 It’s been over 6 yrs since we took this photo – I was privileged to share a TV forum (Frente a Frente) with the most renown Honduran scientist: Sir Salvador Moncada. He has been a science beacon and ambassador, a voice promoting Honduras development, as well as an advocate of transparency and good governance.

Sir Salvador Moncada, FRS, FRCP, FMedSci is a Honduran-British pharmacologist and professor. He is currently Research Domain Director for Cancer at the University of Manchester. His discoveries aroused huge excitement in the scientific world and he was one of the world’s most cited scientists throughout the 1990s. He was born in Honduras, and after completing his medical studies and obtaining a doctorate, became the Research Director of the Wellcome Research Laboratories.

While at the post, he initiated various investigations on potential cures of several infectious diseases, and most importantly, led the research team working on prostaglandins. Later, he founded the UCL Wolfson Institute at University College London and served as its director for more than a decade. His later research focused more on subjects such as inflammation, vascular biology and the regulation of cell proliferation.

He holds several honorary degrees from prestigious universities around the world. He holds five patents related to different drugs, and also serves as the author, contributor or manager of about 400 scientific publications. He is one of the most celebrated pharmacologists of the 20th century.
I had the opportunity to share not only this forum, but learn from him, and solidify my belief in education, science, technology and innovation; this is the language God speaks in nature, in the stars, in the capacity of humanity to confront daunting tasks such as current pandemic.

Men like Sir Salvador Moncada change the destiny of humanity, change the lives of many. His research is a life testimony to Louis Pasteur words, which I repeat one more time: “A bit of science distances one from God, but much science nears one to Him.” So, it is no coincidence that the nations which have solid education foundations are blessed by prosperity and justice. These nations are the examples to follow.

Learning how to read and write is not enough, specially in the XXIst century. By defining literacy as being able to read and write, we are hindering students’ ability to learn. With the world getting more and more digital being able to analyze and synthesize information from different modes is becoming increasingly important. I highlight this definition, because to be literate in today’s society you need to be able to utilize objects, such as technology, to be able to function in society.

Technology is how everyone communicates these days so being literate in technology along with reading and writing will allow you to be useful in society today. Finally, we need to look at literacy in a more dynamic way that uses different cognitive processes than just reading and writing so as to see the world differently and be able solve real-world problems.
Thus, based on the previous arguments, knowledge changes lives; capacity to use this knowledge for good and having an impact in society is instrumental. My conclusion is really simple: prosperity and justice comes from knowledge, from science, from innovation. Without them, you can not expect to rebuild the rule of law. If your President elect, does not understand this, NOTHING will change. 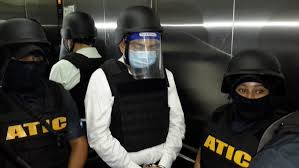 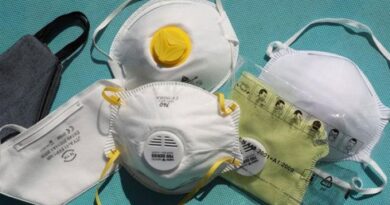 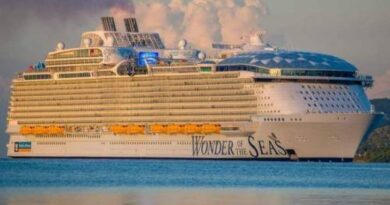